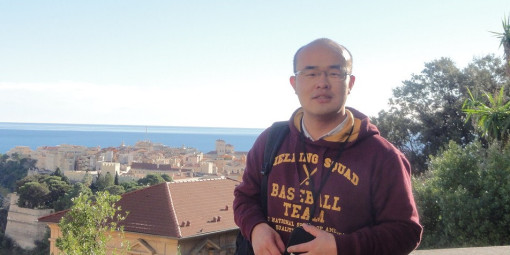 Tao Wang received his Master degree in material science in 2012, from Anhui University (PRC), the thesis is titled by: “Controllable Synthesis and Properties of Al, Co doped ZnO nanomaterials”. Then he started his Ph.D. study in physics under the supervision of Prof. Gian Luca Lippi in 2013, in the group of Dynamique et Complexité Photoniques of Institut Non Linéaire de Nice-Sophia Antipolis (INLN), France. In April of 2016, he successfully defended his thesis which is entitled by “Coherence Buildup and Nonlinear Dynamics in Mesoscale Lasers”. His Ph.D. study is focusing on the experimental characterization of coherence properties in very small lasers through correlation functions and dynamics. In addition, he also developed one technique which can synchronously characterize the laser beam by intensity and emission frequency distribution.