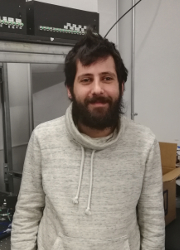 In November 2015, he started his PhD studies with a jointed supervision of the University of Palermo and the INRS-EMT, about the design and implementation of a new class of devices for Terahertz radiation, aimed at Terahertz signal processing operations.