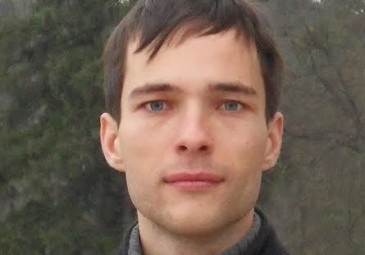 Andrey Markov received, in 2009, his MSc degree from the Physics department of the prestigious Lomonosov Moscow State University where he obtained comprehensive training on the subject of non-linear optics, particularly in generation and propagation of high-power ultrashort pulses. He then worked in the laboratory of Spectroscopy of Ultrafast Processes in the Institute for Spectroscopy, Russia, where he conducted research on ultrafast electronic dynamics in laser-excited materials.

Later, in 2015, Mr. Markov obtained his Ph.D. degree from École Polytechnique de Montreal. During his 5 years of doctorate studies, he was a member of the Complex Photonic Structures and Processes Group led by Prof. Maksim Skorobogatiy. During this time, he focused his work efforts on the development of microstructured and plasmonic terahertz waveguides, as well as THz applications in sensing, spectroscopy, imaging, and communications.

Since June 2015, Dr. Markov has been a member of Prof. Roberto Morandotti’s group (UOP) at INRS-EMT where he carries out his postdoctoral work on terahertz sensing and communications applications. In August 2015, Andrey Markov received the Mitacs Elevate Postdoctoral Fellowship for his project “Terahertz metamaterial sensors for monitoring of the insulation material quality” aimed at reducing the risk of electric discharges in insulation materials which present a risk of electrocution, explosion, or fire.

Efficient Second Harmonic Generation (SHG) with the Longitudinal Temperature Gradient along the LBO Crystal:
Anna Mazhorova is currently working on the experimental realization of the autoresonance effects in nonuniform second order nonlinear materials. One of the potential applications of this research is the design of highly-efficient frequency doubling devices allowing complete depletion of the pump wave [1]. This kind of devices is expected to have a very large conversion bandwidth with a flat conversion spectral profile, similarly to what have been suggested and demonstrated in the case of four-wave mixing in tapered optical fibers [2].

As a first step towards the realization of the project we demonstrate an efficient technique for the second harmonic generation (SHG) based on the temperature gradient along a nonlinear crystal. The characteristics of Type I non-critical phase-matched SHG of broadband radiation in the LiB3O5(LBO) crystal with the temperature gradient imposed along the crystal were investigated.
The use of LBO crystal for second harmonic generation has the following advantages: high damage threshold (18.9 GW/cm2 for a 1.3ns laser at 1.054mm), relatively high deff (0.85 pm/V), no spatial walk-off and large acceptance angle for the case of type-I noncritical phase matching condition (

=0°) at 1 um wavelength. The main limitation to efficient broadband frequency conversion comes from the chromatic dispersion of the nonlinear crystal, basically from the pulse group velocity mismatch. One of the possibilities to improve the efficiency of the frequency conversion process is a) to use shorter crystals or b) to use a higher power. However, the maximum applied power is limited by the damage threshold of the crystal. Also the conversion efficiency is proportional to the square of the interaction length, but the wavelength acceptance bandwidth is inversely proportional to the same interaction length, resulting in a trade-off between the conversion efficiency and bandwidth. One promising concept for improving the frequency conversion efficiency is through the use of a temperature gradient applied along the crystal [3]. With the temperature gradient along the crystal, the phase-matching conditions are satisfied at different positions along the crystal for different wavelengths and efficient second harmonic generation takes place at a small distance until the wave-number mismatch is close to zero at the corresponding wavelength.