In our project, we study the self-phase modulation (SPM) of Airy pulses under the effect of both anomalous (LEAF) and normal dispersion (DSF) in fibers. These self-accelerating pulses are generated through the modulation of Gaussian pulses via the cubic spectral phase structures produced in a pulse shaper (see Fig. 2).

During nonlinear evolution, most spectral components of the Airy pulses concentrate into one or two peaks for normal and anomalous dispersion, respectively. The resulting peaks self-shift along the propagation, effectively mapping the longitudinal coordinate into the frequency domain. The frequency shift can be precisely controlled by simply acting on the spectral cubic phase structure, without the need to alter the fiber length [3]. 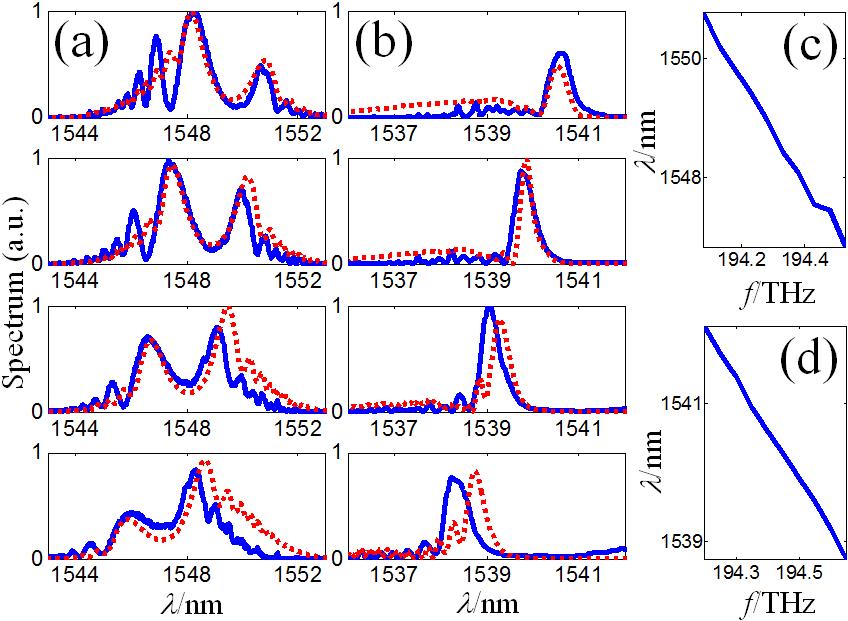 Fig. 3. Experimental results (blue solid line) and theoretical prediction (red dashed line) of frequency shift control in (a) LEAFs and (b) DSFs. (c) and (d) plot the positions of the spectral notch and peak relative to the center of the cubic phase structure, corresponding to (a) and (b), respectively.